pop rock that is both intellectually stimulating and eminently engaging.  The Noted find inspiration throughout the last half-century of the FM landscape, lending their art an easy familiarity while still feeling very much of the moment. Featuring interwoven him and her vocals and a wonderful melodic rock band, Lost & Found offers honest songs set in a diverse, often cinematic, auditory environment.

In 2016 they completed construction on a new recording studio, allowing the band the time to create something free from the typical constraints of schedule and budget. “We’ve spent the last four years tracking, retracing, listening and mixing this album,” says Work, “while playing live shows around the Pacific Northwest. It was the first time we’ve done the whole project (except mastering) in house.”

Lost & Found is very much a “band” record – no studio musicians or outside guests; simply, The Noted.

Thematically, Lost & Found paints a broad portrait of life’s triumphs and tragedies – and sometimes wicked curve balls. “They are all true stories,” explains Work. “These songs are written from our own personal vantage point; yet I’m hopeful that they speak to the universal – we’re all in this together.”  Buoyed by a pervasive sense of optimism, The Noted want listeners to “be yourself, don’t care what others think, and sing out loud!”  -  Publicity • Tiny Human / ever@tinyhuman.com 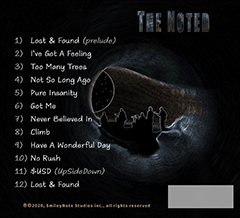 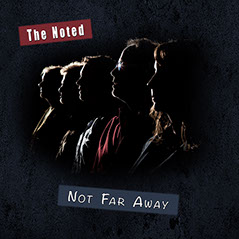 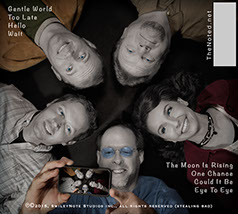 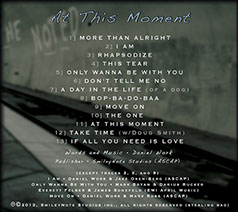 What others are saying about "The Noted"

"Lost & Found" manages to be both ambitious and down to earth at the same time. The songs are aimed at your heart and your feet – some inspire reflection, others will lead you to the dance floor. The Noted is a band that knows how to deliver a great melody and plenty of catchy hooks. The harmonies soar. It’s tempting to describe The Noted by comparing them to past great bands, but that wouldn’t be fair. This is music for our times – uplifting and real. Have a wonderful day, one song calls. Listen and you will.

"The Noted is a band of fine craftsmanship and musicality, and their new CD, "At This Moment," is a showcase of their skill. "The One" takes its place among the best of love songs, and its tender lyrics are nicely complemented by music that both understates and emphasizes its sentiment. How is that possible? You'll just have to listen to find out.

"Take Time," a (literally) snappy and immediately engaging work, is a welcome revival of the age of very cool instrumentals. "Only Wanna Be With You" is both fun and musically literate, a nice and very rare combination. The band's sensitivities to broad issues and perspectives are revealed in songs such as "More Than Alright" and "At This Moment."

"The Noted's album "At This Moment" is a pleasant surprise. It's full of well crafted songs

that could have easily fit on 70's rock radio but still have a contemporary freshness to them."

"Great song!!!  (Take Time) Nice voicings on the hits.  The quality of recording on this is great!!!   Very clean.  This song gets me moving in my chair.  VERY NICE!!!

"Listening to The Noted’s debut album, ‘At This Moment,’ it’s clear that this band has a serious passion for music and its members are experienced, talented musicians. They describe themselves as “comfortably unpredictable, elemental rock,” and after hearing the album, I think that’s exactly what they are. Their sound is familiar due to their classic influences, but at the same time it is fresh and interesting.

Daniel Work (lead vocalist) has a smooth voice that perfectly matches their rock grooves, creating The Noted’s signature sound. Lyrically their songs speak to a more mature audience and draw the listener in, finding the perfect balance between thoughtful and lighthearted.

In the first week of its release, the album has been quite successful on iTunes.

Congrats to The Noted on a job well done (: "

- One For The Love Of Music Blog/Julia Brotman

"Nice groove!! Great instrumentation!!! I love this. I wasn't expecting the modulation."